"I am on a mission to spread the message of love, unity and diversity through music, worldwide."  -Cozmic Cat

Cozmic is most passionate about collaborating with artists from different styles, genres and cultures. Seeking out these connections has led Cozmic Cat to producing, composing and releasing music, including 4 albums, 4 E.Ps,  over 10 Singles, 3 music videos, and many remixes for herself and other artists. Her most notable release to date is a 3 song deep house E.P called "Make Love" on UK label He.She.They records in affiliation with Warner Music (April 2021) .The tracks received support and  feedback from the likes of  Jamie Jones ( Hot Creations), Carlo Lio (Rawthentic Music), Terry Grant (Classic), Benny Blanco, Lupe, Spatial Awareness ( Hottwerk Recordings ), Miss B / Gina Breeze (Classic /Get Up), Severino Panzetta (Horse Meat Disco) and more.  Radio play included local, national and global stations in Belgium, UK, Germany, France and Spain. In the streaming world, "Make Love" landed at #13 on Amazon Music's global Top 100 Deep House Now Playlist , and "The Fixer" is currently garnering over 300k plays Spotify Editorial Groove Theory and Ministry of Sound Playlists + more. She recently received the remix treatment from UKs Spatial Awareness on her track "Keep The Body Dancin'" which received support from Just Her ( AjunaDeep) Tommy Sunshine and more, and is currently on the official Spotify editorial "Techno State" Playlist, as well as being chosen for a weekly spotlight on the Office Playlist at DJ Magazine HQ.

Born in Canada, and growing up in such varied places as Tanzania (East Africa), Halifax, Quebec and Vanuatu (The South Pacific), Cozmic Cat aka Paula Burrows absorbed International rhythms from a traveling family and became obsessed with music at an early age. She later moved to Philadelphia, USA and became immersed in the vibrant music scene there for over 9 years. Inspired by the artists and DJs she met in Philly and NYC,  she began managing street teams and promoting for Sony Music, Giant Step Records, Om records and many more,  all the while throwing her own events with DJs, percussionists and live musicians. Coz  learned about House music, Jazz, Disco, Soul, Rare Groove and Funk from some of Philly's deepest crate diggers. This knowledge,  passion and skill led to several award wins from various Philadelphia Press for Best DJ,  Best DJ (Mixer), and Best DJ (Audience Choice and Editors Choice).  Armed with a vintage Korg Triton Synth and a desire to release vinyl, she connected with two local Philly producers Lorne Peart and Jon Gil to release a series of  vinyl e.p's under the name From Philly With Love which earned them a spot on Urb Magazine's Next 100.  Her nightlife community involvement, production and event promotion efforts  compounded and eventually led to a full time career in the music industry as a full time DJ, music producer, promoter and later, a record label boss.

Cozmic Cat offers a unique approach to any event by bringing a live wire energy, original productions and a wealth of experience in terms of connecting with a crowd as a dj and performer. Her mission is to entertain and spread joy through music, which has opened up a wealth of events for her, including film wraps , brand activations, skate rinks and community events, museum galas, award shows, outdoor secret raves, mainstream and underground club nights , the list goes on..  Cozmic  has illuminated the dancefloor and curated the vibes to 5 star reviews from crowds and organizers alike.

With a professional attitude and undeniable star quality, Cozmic Cat's sounds are rooted in electronica House and contemporary club with an authentic world class vibe. She brings her positive vibes and upbeat playlist to every set and works in her own original productions which continue to receive global attention from radio and club Djs. During  COVID-19, the Cat never stopped grooving, and continued to spread cozmic love, connect with fans and remain relevant with 2 live streams per week  from June 2020-March 2021, plus regular guest appearances and  global DJ sets and residencies on Internet radio, streaming networks and Raid Trains. With literally hundreds of events under her belt,  Cozmic Cat's sets display that rare combination of a wide musical knowledge, no ego , just a cool factor and confidence that comes from being a longtime fan and now creator/influencer in the music scene.  Always humble and approachable on or off the dancefloor,  Coz knows how to authentically connect and keep the party going.

Cozmic Cat's latest club venture lands her at the iconic Drake Underground in Toronto throwing a monthly party called #COZMICLOVE.  It's an inclusive dance party dedicated to self expression, connection and the love of House Music in all it's forms. We invite you to feel the vibes and connect with intention in a non judgmental space that celebrates diversity on the dancefloor regardless of race, age, gender presentation, gender presentation or gender orientation... Most of all we invite you to have FUN living your best night at #CozmicLove . Stay tuned for the next event HERE

Beyond the clubs and events, she's also  leaving a legacy of youth mentorship, Toronto nightlife and local community engagement and role modeling, LGBTQ community trailblazing and support,  AND Black Queer representation on global stages:  A legacy that reflects her personal and professional values of unity, diversity, love and respect for music and humans alike.

To book  Cozmic Cat  please use the bookings form HERE 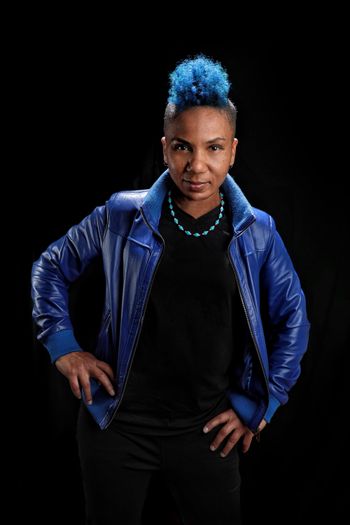 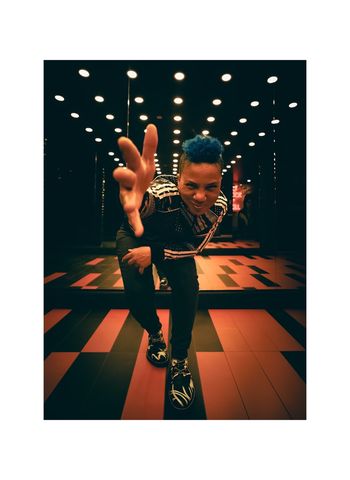 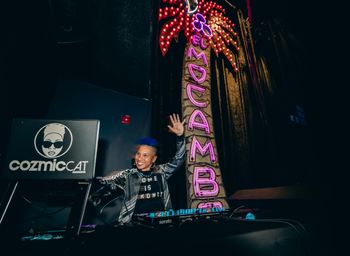 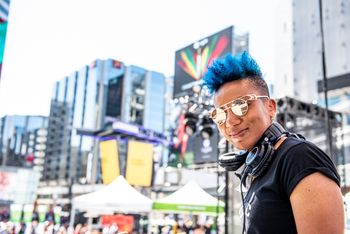 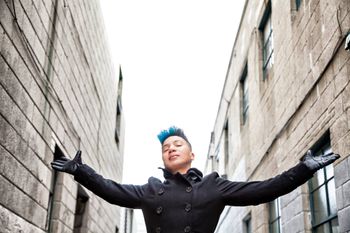 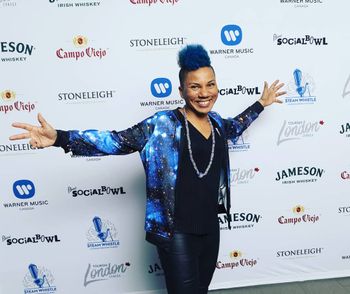 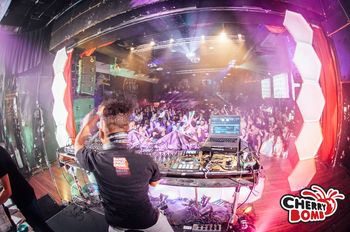 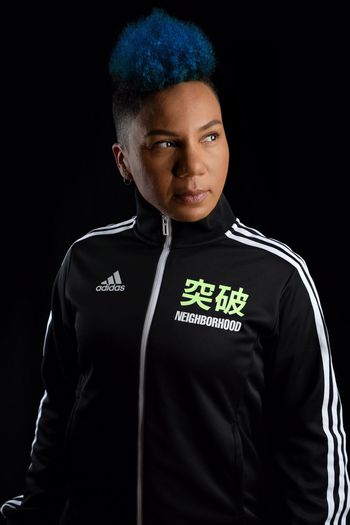 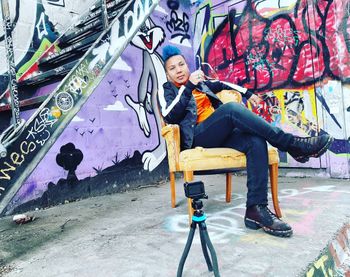 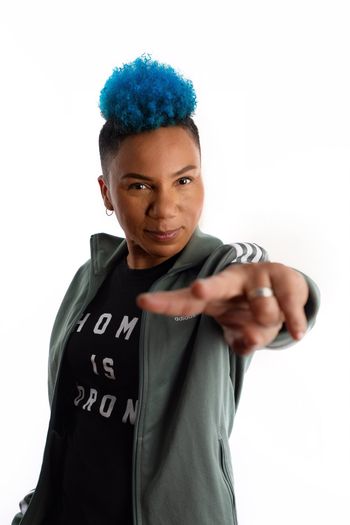 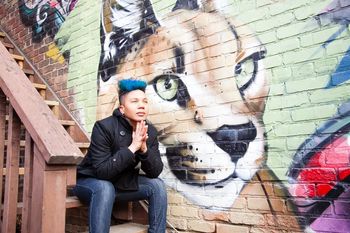 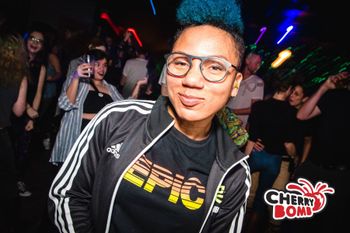 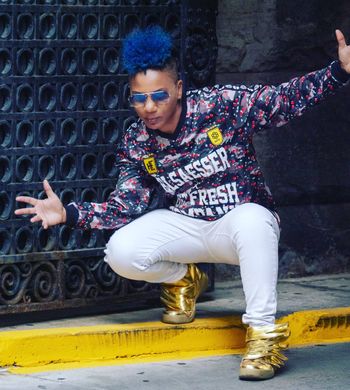 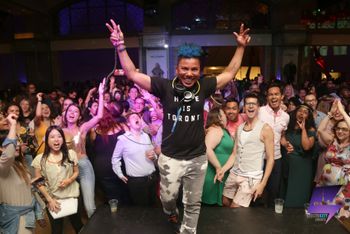 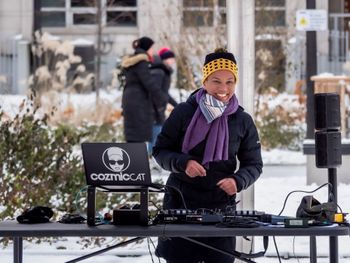